what you need to know about cheat meals 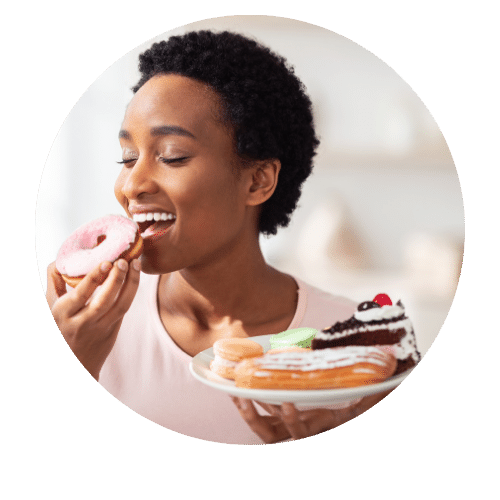 This page is purely for informational and educational purposes only and is not intended to be a substitute for professional medical advice nor should it be relied on as health or personal advice.

A “cheat meal or cheat day” is what you make of it but generally, it is a chance to eat or indulge something that you ordinarily would not eat while pursuing your health regimen.

For some, a cheat meal involves eating more of what they already consume, and for others, it means binging on overtly sugary products such as candy, sweets, or even stronger stuff like Alcohol. The concept can be taken overboard at times, at which point one single instance of enjoying a cheat meal or cheat day ends up hampering any progress achieved in the gym or from working out.

It is at this point that I believe it warrants some explanation of how to manipulate a cheat meal/day, build it into your schedule, and prevent what was an originally good-intentioned concept from becoming the Achilles heel of your fitness lifestyle.

1. First offs, you can overindulge in the eating process as much as you like, but you would have to compensate with some serious weight or body lifting, combined with cardio to keep the pounds off. The slight problem here is identifying the sweet spot where calories burned match calories consumed. The fact that most people, easily consume more calories than they burn, suggests that eating will eventually overwhelm training – if some aspect of quantifiable or measurable process is not applied.

3.For now, and following the baseline concept, a regular fitness program will have you complimenting your workout program with the ideal amount of food for balance. A cheat meal therefore, is akin to a reward mechanism for regular and intense workouts period!

4.It is a break from the norm, with the norm described as “putting in the work” like your life depended on it – and since most people are unlikely to do that, the idea of a cheat meal is a ridiculous consideration, especially for present day wannabe fit people.

That was harsh, so let me explain it better;

A friend of mine told me a story of how she put in an intensive workout that had her feeling like superwoman. She was full of post-workout endorphins, energetic and vibrant; she had a protein shake, and later some black rice with chicken, and went about her day.

A few hours later, while on the phone to her boyfriend, she experienced “the crash”; a sudden depletion of energy that sent her to her bed drained and exhausted. She woke up feeling slightly better, but with the lingering feeling of tiredness. In my opinion, she was due a cheat meal.

I say that because, having trained hard enough, sometimes the body will not accept your fancy rice with chicken breast topped up with a protein shake as reward. Instead it demands something more intense, more befitting a warrior that just slayed the dragon and in need of a feast.

In my friend’s case, I told her to have a Snickers Ice Cream bar, which seems counterintuitive for someone targeting weight loss; but;

“A Snickers Ice Cream bar is 180 calories, while a cup of black rice is 160 calories, diced chicken breasts 231 calories and her vegan “fancy” shake 220 calories per serving, totaling 611 calories.”

It is obvious that in her case, the calories were not as important as the insulin spike (or release) that forces nutrients into the blood stream to replenish the depleted body. The Ice cream bar will produce a much more substantial spike than the 611 calories ever could.

A little lecture about Insulin; contrary to popular opinion, Insulin spike is not bad, and your body naturally signals insulin release from the pancreas to facilitate the use of glucose (from carbs) for energy and to store nutrients in the muscles.

Bearing in mind that you have two sources of energy from your food – Carbs and Fats; Fats do not cause an insulin release, but rather digest further along the small intestines and employing a different kind of enzyme to do so. This makes Fats a longer digesting energy source than carbs and not ideal for post workout nutrition.

Note that I said “not ideal” which doesn’t mean it is impossible to use Fats as a post workout meal source; but that can become a rather complicated topic, so let’s just stick with the simplistic approach.

For my friend, activating a quick and effective replenishment of nutrients into her blood stream suggested a high carb “cheat meal” was the best option. While black rice will also release insulin, it does so at a slower rate because it has a lower release level (called a glycemic index for the nerds) and might be more suited for a less intense workout, where she is not searching for an instant post-workout replenishment.

If her workouts were maintained at a regular intense level, she could get away with the habit of having an ice cream every day. However, since she is not competing for an event and not a professional athlete, her lifestyle would have to combine a fitness program with the other challenges of work and life with its random ebbs and flows

Therefore, the strategy for her would be to analyse her workout intensity and determine what to eat for nutrient compensation, which is not an easy feat, considering that judging one’s performance is another subjective concept that can create an additional challenge for the mind.

In order to avoid this, I designed a fluctuating schedule for her comprising of a “light to heavy” workout regimen that she could cycle, depending on her time constraints.

Now she knows that if she goes hard she can adopt the unrecommended option of having an ice cream bar post workout, but If her intensity is not high enough, she avoids it. The goal is to manipulate her body’s insulin to achieve her immediate goals.

A variation from the above scenario would be if she worked out intensely for 4 to 5 days a week and chose one cheat day in which she could eat anything she liked, but strictly reverted to her regular schedule the next day; then this would constitute a cheat day compared to a cheat meal.

Hopefully this explains the subjectivity of cheat meals, and how they can be manipulated around activity and intensity per individual. The fad of a scheduled day indulgence in cheat meals or days without consideration of the pre and post activity rarely works for most people who are not athletes or professionals that have intimate understanding of their bodies.

Understanding how to use cheat meals, among other fitness concepts, as flexible tools within a seemingly rigid structure can provide an alternative and effective path towards achieving optimal fitness and health.

A cheat meal is not a necessity, but it can be important as an incentive to push harder at the gym in anticipation of the reward it represents.